How To Troubleshoot Water Dispenser Of Frigidaire Refrigerators 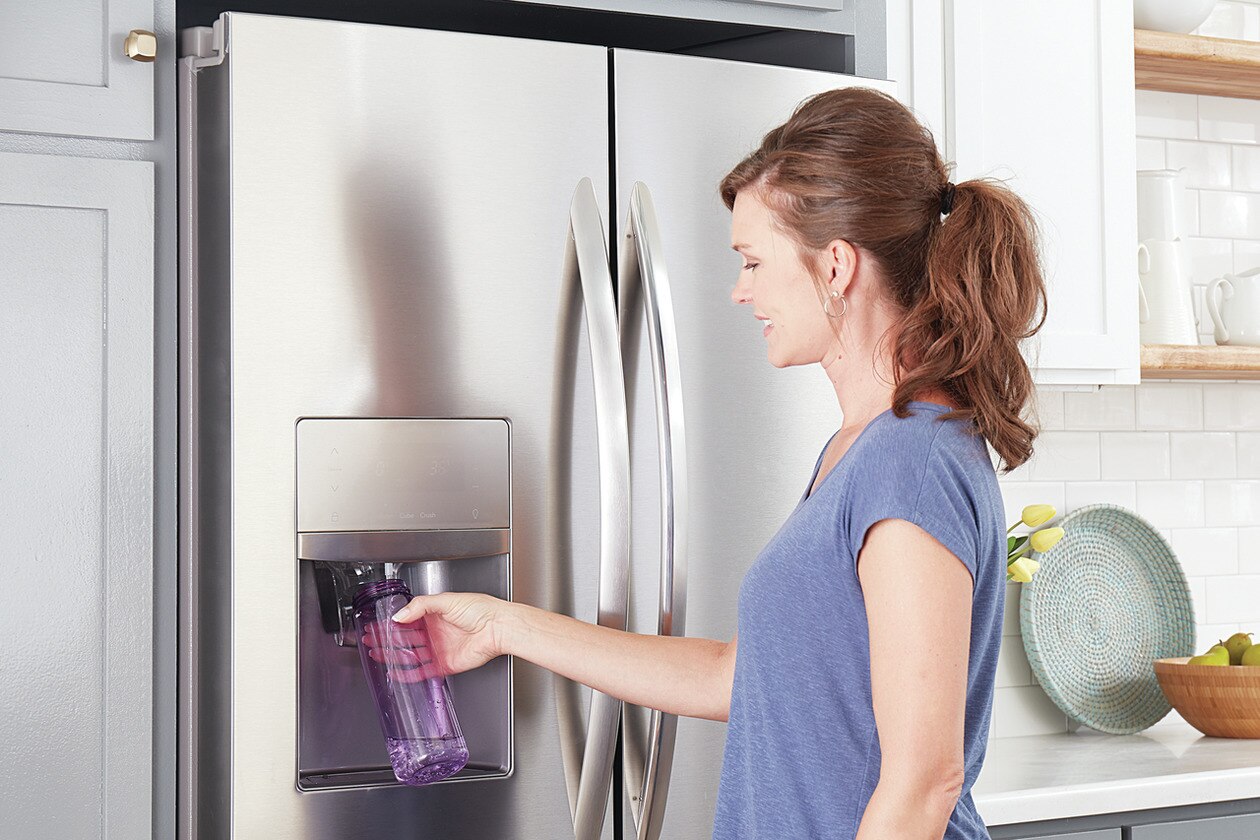 Frustrated by the fact that the water dispenser of your Frigidaire fridge keeps leaking but don’t know what to do? Then you may want to spare a bit of time to give this article a look. Down below is a list of steps that you must take to trouble a leaking Frigidaire refrigerator water dispenser.

Generally speaking, it’s natural for the water dispenser of refrigerators to drip for a few seconds after people turn them off. That kind of drippage is to be expected, involves a small amount of water and comes to an end on its own. Thus, if characteristics of the leaking from your Frigidaire refrigerator water dispenser suggest that it’s normal drippage, there is no need to do anything. To prevent messes in the future, keep your glass under the water dispenser after you turn it off to catch the last of the drippage.

The water line is responsible for moving water to fridges and if there is air in it, pressure would increase. To a certain point, the build-up of pressure is going to force its way out and leakage of the water dispenser is a consequence.

Fortunately, if trapped air is the one behind the leak of the water dispenser of your Frigidaire refrigerator, you don’t have to do much. All that needs to be done is to turn on the water dispenser for a couple of minutes. By doing so, you should be able to remove air in the water line of your fridge. With the air gone, pressure automatically returns to the way it is and that brings an end to the leakage.

To determine whether the vinyl tubing is at fault for the leakage, you have to take a look at it. As you inspect the vinyl tubing, it’s strongly recommended that you keep an eye out for signs of damages. For damaged vinyl tubing, electrical tape could hold leakage in check in the short term. However, to prevent leakage in the long run, you must think about picking up a vinyl tubing replacement for your Frigidaire fridge.

In case you don’t know, a lot of things build up inside the sensor arm over time which makes it “sticky”. Unsurprisingly, with the sensor arm getting stuck, the water dispenser would keep letting out water and that to leakage. To restore the response of the sensor arm, you need to clean it with a mixture of soap and water. Once the sensor arm is capable of moving freely again, the leakage should resolve by itself.

How often do I have to clean the water dispenser of my fridge?

What is the ideal pressure range for the fridge water dispenser?

Could the water dispenser release anything else besides water?

While you may be able to get the water dispenser of your fridge to work with other stuff, it’s ill-advised to do so. After all, the water dispenser is designed for water so if you force it to process a liquid that is not water, expect problems. Therefore, unless you want to spend hours scrubbing your water dispenser inside out. you should only run water through it.

Is there a way to improve the taste of water coming out of the water dispenser?