SOLVED: Rocker Vs. Toggle Switch: Which One Is The Winner?

While setting up lighting fixtures, people have to consider a lot of things and the choice of switch is one of them. Regarding switches for lighting fixtures, numerous designs exist on the market but few could match the popularity of the rocker switch and the toggle switch. Simple to use and easy to manipulate, both types of switches earn a shower of praise from modern homeowners. Still, with different people having different preferences, there is no consensus on the winner in rocker vs. toggle switch.

A Summary Of The Types Of Switches

In layman’s terms, a rocker switch is a switch that “rocks” with one side rising and the other side lowering when people use it. It’s the rocking motion of rocker switches in the course of operation that earns them their name., Rocker switches nowadays usually feature a circle on one end (for the “On” position) and a line on the other end (for the “Off” position). Interestingly, some models integrate independent circuitry that keeps integral lights on regardless of the switch position to help people locate them in low-light conditions.

Essentially, a toggle switch is a switch that opens and closes circuits as people “toggle” it. At the moment, two styles of toggle switches exist: maintained contact and momentary contact. Maintained contact switches change position when people toggle them and maintain position until they get toggled again. On other hand, momentary contact switches only change position when toggled and return to the original position after people remove their hand.

All and all, rocker as well as toggle switches could fit a wide range of decor themes inside households. That being said, the contemporary profile of rocker switches makes them well-suited for modern settings in most of the cases. On the other hand, owing to their traditional look, toggle switches prove to be excellent matches for residences that feature classic interiors. Hence, it’s a good idea to take the interior of your house into account before deciding which type of switches to use.

The majority of rocker switches on the market incorporate backwiring plates so the primary wiring method for them is backwiring. Since backwiring normally requires minimal amounts of time and effort to perform, the setup process of rocker switches is a walk in the park. Meanwhile, toggle switches tend to come with standard screw terminals for side wiring and that wiring method is kind of tedious. To install a toggle switch, you have to create hooks around the terminals in a clockwise fashion.

Unsurprisingly, once it comes to ease of installation, many homeowners regard rocker switch as the winner in rocker vs. toggle switch.

Both types of switches influence the flow of electricity by closing and opening circuits but differences exist in their operation. For instance, rocker switches need a bit of force to manipulate and toggle switches feel somewhat “snappy” in use. Generally speaking, if you seek no-nonsense switches for lighting fixtures then you may use whatever type you like. However, if you want something that you could operate even with your hands full, it’s strongly recommended that you go for rocker switches.

Quite a few factors affect how well switches hold together as time passes by but toggle switches often last longer than their rocker counterparts. Thanks to the spring that gives them a “snappy” feel, toggle switches could handle everything that people throw at them for years. For rocker switches, though they don’t fall apart after taking hits, homeowners have to replace them from time to time due to broken rockers. Needless to say, those who hate replacing switches of their lighting fixtures too frequently hold toggle switches in high esteem.

All in all, in terms of endurance, toggle switch is the one that comes out on top in rocker vs. toggle switch.

While the price of switches sees fluctuations every now and then, toggle switches cost slightly more than rocker ones. For small-scale projects, it’s safe to say the difference in prices should have minor impacts on the grand total of all expenses. Nonetheless, if you have to set up a series of switches across the house, the choice of switch would change the project budget noticeably. Because of that, if you like to optimize expenses, you must be thorough once it comes to the type of switches to use.

Despite the fact that toggle switches cost extra bucks, they help save money in the long run with their lifespan. About rocker switches, they seem affordable but you have to think about their replacement expense if you wish to use them. How do I keep my switches in top shape?

The nature of modern switches means homeowners don’t have to do much to keep them in working order. Usually, all you have to do is clean your switches periodically to get rid of dirt build-up. A combination of cloths and water is adequate but you should avoid soaking the cloths as electricity and water don’t mix well. Damp the cloths, wipe all around the switches and give them time to dry.

Could I repair damaged switches?

Where should I buy switches for my lighting fixtures?

Most home improvement stores carry a multitude of switches on hand at any time so pay them a visit to get some. In the case that you don’t want to go out of your way for switches, feel free to order from online retailers. However, for good measure, stick to well-known names such as Amazon, eBay, etc. 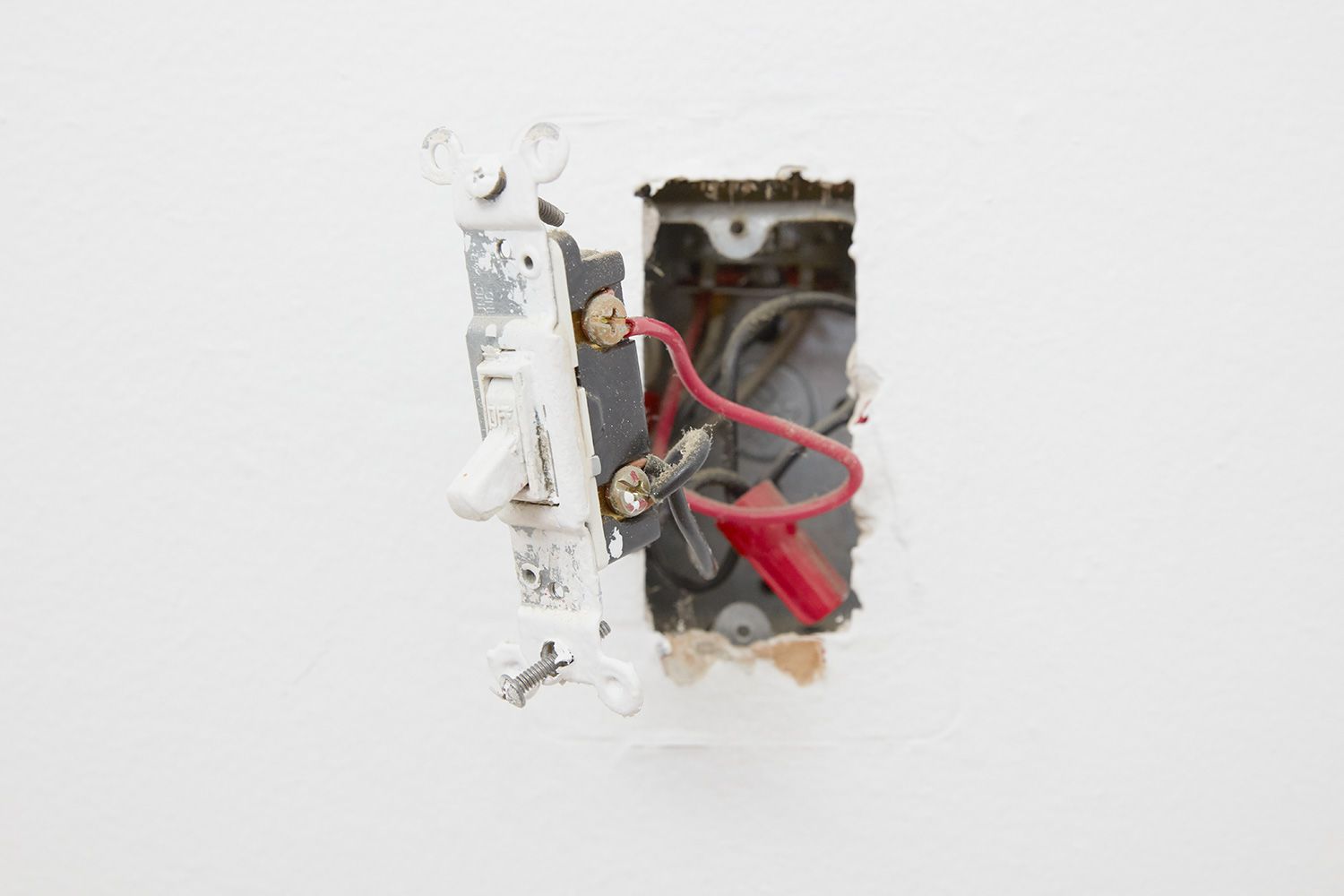